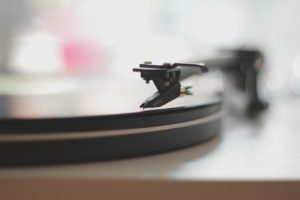 Q. If you could have any job for a day, what would it be?

A. In a production role at Netflix, or as an MTV VJ.

A. Madonna, the One and Only Queen of Pop who literally changed the world for LGBTQ+ people when it could have put her career in danger, changed the way world tours are produced and reinvented the wheel decade after decade.

Q. If you could have any three people to dinner, who would they be?

Q. If you could meet anyone who has passed away, who would it be and why?

A. Pete Burns, mainly so we could talk about his time in Dead or Alive and about his extensive deluxe coat collection.

Q. What’s your best advice for people interested in working on radio?

A. Volunteer!!! Get your hands dirty!

Q. What event, festival or service would you being to Geelong?

A. More for our often neglected LGBTQI+ community. Geelong still has a long way to go before Queer Youth are made to feel completely safe and welcome in this town. We’ve come pretty far, but nowhere near as far as we should be.

Q. What song is your guilty pleasure?

A. I do not believe in guilty pleasures!!! I have such an issue with that term because, if you like something, why feel guilty about it? I tend to think the term is a massive cop-out so that people who pretend they don’t like pop music can say they do by using ‘guilty pleasure’ as a preface. I have a strong reaction to this term, I do not like it!!! If you like a song, say you like it, no apologies and no guilt. There should be zero guilt associated to something that brings you joy.

Our region's leading information hub, podcast and radio show about climate change, sustainability and solutions – for a green, clean and sustainable Geelong. Every week we meet with interesting local and regional solution-builders, innovators, doers and first-movers. The show started in October 2013 and has more than 300 hours of sustainable radio interviews in the archive with over 1,000 guests in the studio.   Intro video: https://youtu.be/01yMDTKkjSY » More info about previous shows on www.climatesafety.info/thesustainablehour » See video interviews on the program's YouTube channel: https://www.youtube.com/channel/UCJxwIjEEoYEDEtHwtTmnf6Q » Subscribe to podcasts in iTunes https://itunes.apple.com/podcast/the-sustainable-hour/id771252756 Also available in Stitcher and Podkicker 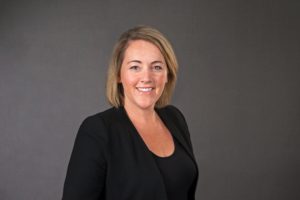 Kate is a barrister who practices in personal injury law. She is a founding member of Walsh Chambers, the first dedicated barrister’s chambers in Geelong. Having been a Geelong local for most of her life, she enjoys spending time in this beautiful region with her two children and extended family. Kate has a passion for […] 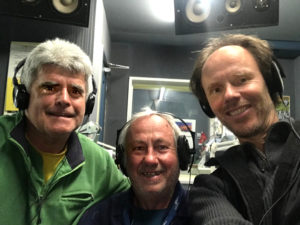